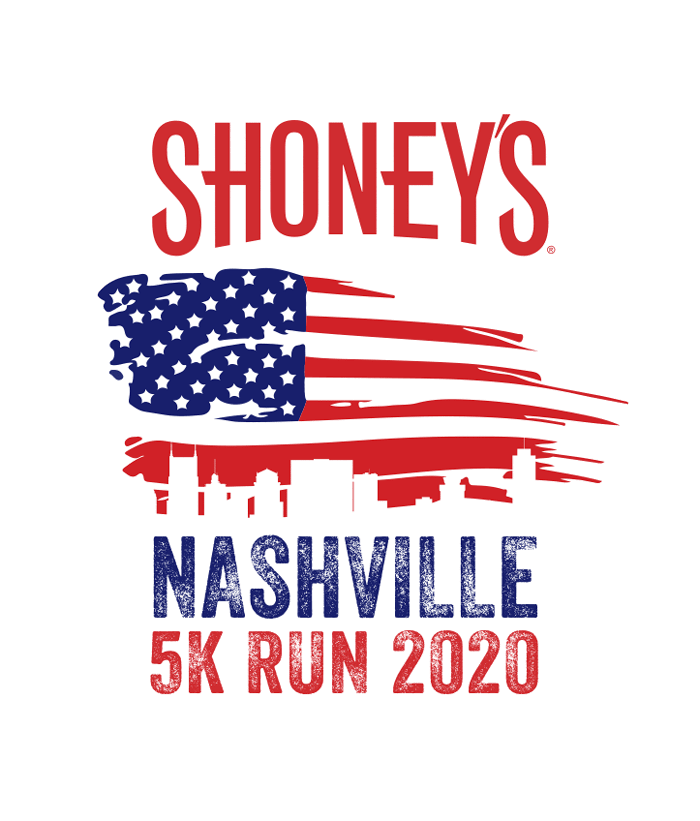 Become a SponsorContact Us

Whether you are a competitive runner looking for a great race, a power walker looking for a scenic tour through the city or a novice looking to enter your first 5K, this race is for you!

For twelve years, Shoney’s has supported the men and women in blue by donating 100% of the proceeds raised to the Metropolitan Nashville Police Support Fund of the Community Foundation of Middle Tennessee. The fund was created to help support Metro Nashville Police officers who have the desire to continue their education. Join us in our goal to support the Nashville police department. To date, we’ve raised nearly $200,000 and we are not finished yet!

The festival is free, family friendly and will feature our legendary breakfast fresh food bar, fantastic live music, random drawings and a huge display of police vehicles, equipment, a helicopter and more! The fun continues with activities for the kids, including face painting, giant inflatables, a balloon artist, caricature artist, an appearance by Shoney Bear and so much more!

Prizes for the 5K top finishers in the male and female categories are $500 cash.

Complimentary refreshments are provided to runners after the run. Refreshments are available at no charge, but donations will be readily accepted. All proceeds will benefit the Metro Nashville Police Support Fund.

100% of net proceeds to benefit the Metropolitan Nashville Police Support Fund of The Community Foundation of Middle Tennessee.

Learn More About the Foundation

Danielle Lauderdale is a singer-songwriter originally from Orange Park, FL.

She has performed alongside artists such as Tim McGraw, Faith Hill, Loretta Lynn, Tammy Wynette – and numerous stars alike!

Danielle was showcased on the Grand Ole Opry at the age of ten, making her one of the youngest female artists to ever take the stage. She finished third place (last girl standing) in the nationally broadcasted television music competition “CMT’s Next Superstar” and has since released two singles on iTunes – “Fools Gold” and “Just Another Boy”!”

Danielle performs after the run in the stage area of Lot T. She will be singing before and after the awards are presented. Her music will be heard while the participants eat their Legendary Breakfast Bar® and as they relax after the awards ceremony or as they roam through the festival area.”